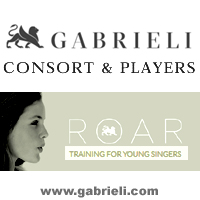 1. Your newly released CD Album, Haydn The Seasons 1801, has reached #3 in the Specialist Classical Chart in few days. A magnificent reward for a long work by you, started in 2011, in particular with the accurate revision of the original «bad and unsingable» English libretto, and completed in 2016 for the album recording. Moreover, for this recording of The Seasons you have also prepared a new performing edition of Haydn’s score, which recreates the Viennese large-scale performances of Haydn’s own time, and so your recording of The Seasons can be considered de facto a world premiere for this Oratorio, since it’s the first recording featuring such spectacular (yet philological) large-scale forces. Can you tell us about the most crucial phases of preparation of the recording of The Seasons and about your most interesting decisions?
Yes, I suppose this project could be summed up as a «labour of love». I think if there is a top 10 of neglected masterpieces The Seasons is definitely up there towards the top; I consciously wanted to try to rehabilitate this work, which I think is every bit as great as The Creation.
Whilst Haydn performed with both pieces with large and small ensembles, certainly his best known performances took place in Vienna and used quite impressive forces. The standard ensemble included triple winds and double, or sometimes triple, brass as well as a large body of strings. There’s something particularly spectacular in hearing Haydn’s music with such large forces, and in a highly dramatic and pictorial work such as The Seasons, the added contrasts really help lift the music off the page. Whilst both Christopher Hogwood and I have recorded The Creation in this way, as you say, I think this is probably the first performance of The Seasons given in this style.
The Seasons was published in both German and English and although the German version is entirely passable the original English text is often comically inept, and I think this is a large part of the reason why The Seasons is rarely given outside of the German speaking world. Following my revisions on the similarly awkward text of The Creation, there seemed a golden opportunity to recreate a new English version of The Seasons which would hopefully win new friends to in the English speaking world. The text is entirely in 19th Century style, but it’s created specifically to match Haydn’s brilliant music and to present the singers and the audience with a version that brings them close to the world of Thomson’s original poem. I have revised this translation many times over the last 5 or 6 years; it’s really like an enormous crossword puzzle, but I have to say – if I’m allowed to – that I’m quite pleased with the final result.
Haydn, The Seasons 1801, Official Clip

2. In 2008 you recorded and released a new edition of Haydn’s The Creation (Archiv Produktion). In your opinion, what are the similarities and differences in the music treatment of these two great oratorios by Haydn? And what do you think are the differences between these two oratorios and the third early oratorio by Haydn, Il Ritorno di Tobia 1775 (revised in 1784 and again in 1808)? As is well known, both van Swieten and Haydn were admirers of Handel and Haydn’s The Creation and The Seasons, conceived after the two London Tours, were both written under the influence of Handel’s music. Moreover, in 1790s van Swieten, with the help of Mozart, managed to present a few masterpieces by Handel (i.e. Messiah, St. Cecilia) to the Viennese public in the famous new orchestration by Mozart. And this Viennese Handelianism exerted a great influence also on Beethoven.
They are of course brother and sister and one might almost view The Seasonsas a sequel to The Creation.
The differences are that The Seasons has more secular feel, in that it describes the day to day lives of people within the newly-created world; although The Seasons is framed by choruses which praise God it nevertheless has a much more humanistic touch.
In fact both works might be viewed through the prism of a turn-of-the-century nostalgia, Haydn bidding an almost Hardyesque farewell to a world which was rapidly changing.
The relationship with Swieten is crucial in the genesis of both these works, but it was Haydn himself who sought to emulate the world of the great Handel, having heard his performances in London in the 1790s.
Of course the early oratorio Il Ritorno di Tobia is a very different type of oratorio, much more Italianate and with extremely extended arias – quite a world apart.
__________________________________________________
HANDEL CDs (Paul McCreesh)
__________________________________________________
• Handel: L’Allegro, il Penseroso ed il Moderato 1740
• Handel: Messiah (rel. 2011)
• Handel: Arias (Villazón)
• Handel: Saul
• Handel: Theodora
• Handel: Solomon
• Handel: Messiah (rel. 1997) 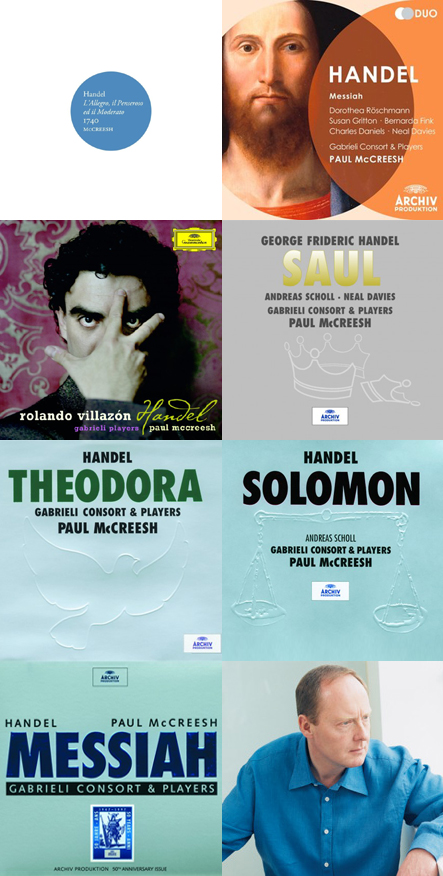 3. You have built a large discography for Deutsche Grammophon (ca. 43 albums). And, trough the years, you have recorded Handel, Haydn, Mozart, Beethoven, Bach and then Berlioz, Mendelssohn up to Britten, Górecki, Ligeti and Pärt, creating thus a powerful trait d’union between the great Sacred Music tradition of Gabrieli and of the Venetian School and the Sacred Music of the contemporary composers of our days. What about your extraordinary musical journey?
The journey has been in two parts…
The early period when Gabrieli was largely focused on the earlier repertoire, and this appeared as part of a great relationship with Deutsche Grammophon.
More recent forays gave continuity in the field of later oratorio and a greater use of mixed repertoire programming on our choral CDs.
But there are still I think many threads of my musicianship that link all these projects.
But that’s for you to analyse! 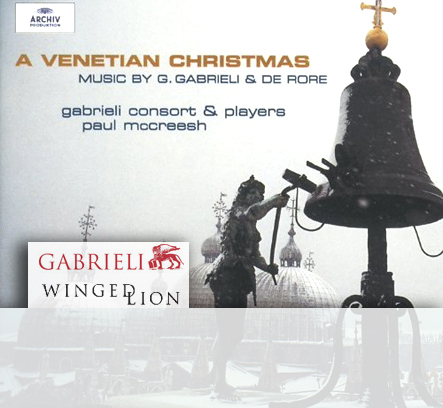 4. What’s the story behind the name of your Orchestra: Gabrieli Consort & Players? And what’s the story behind your record label, Winged Lion, a clear homage to the Venetian School? As a conductor/entrepreneur and scholar, which new project will see yourforces involved in future? And what about your magnificent project Gabrieli Roar? What can you tell us about its origin, its vision, direction and structure?
No big story.
I just liked the music of the Gabrielis… and the opulence of Venetian repertoire seemed to match the ambition.
As for Winged Lion… It seemed an obvious marketing link.
I certainly answer to the description of conductor and entrepreneur – I certainly like to make projects happen!
I’ve never really regarded myself as a scholar beyond a generic interest to get under the skin of the music I conduct, which of course requires an engagement with the world of musicology and research.
My relationship with Worclaw, Wratslavia Cantans and the new National Forum of Music (NFM) has been one of the most important relationships in my life, and continues to develop with the NFM Choir, NFM Orchestra and Wroclaw Baroque Orchestra.
I’m certainly keen to continue this relationship and create more projects.
As I get older I’m spending more time trying to do at least a little bit to redress the poverty of cultural educational opportunities for too many young people. Or to put it in another way, to broaden access to choral music and singing which is too often an activity of those form either private schools or upper social classes.
Roar is an exciting educational initiative which helps develop young choirs and encourages them to take part in performances alongside our professional artists; in particular I am passionate that the young people get the chance to connect with real core culture.
We don’t create special music for young people but we ask them to engage with the great choral repertoire of the last five centuries.
Too many people will tell you that classical music is irrelevant to young people; Roar proves this statement to be patronising nonsense.
__________________________________________________
GABRIELI ROAR: Meet the Choirs (Paul McCreesh)
__________________________________________________
The Choirs involved in the project Gabrieli Roar.
• Bradford Catholic Youth Choir • Cantate • DRET Youth Choir • Hertfordshire County Youth Choir
• Inner Voices
• London Youth Choir
• Taplow Youth Choir
Gabrieli Roar works with various partner youth choirs from across the UK, pairing each choir with a dedicated mentor who will visit them regularly to provide vocal training, assistance and support in other areas as required.

4. Which neglected composer of the 18th century may arouse your interest for possible future projects?
I’m not sure obscure 18th century music is so much of a priority for me, but I certainly still have a great interest in English 17th century composers from Humfrey Locke, Blow et alii.
Likewise I wish the commercial world would let the ensemble do more work in Schütz and the great German early 17th century sacred music. 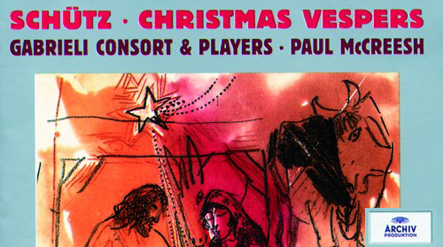 7. Mozart and Haydn have written many beautiful Vocal Works, which, unfortunately, are still rarely performed today and which are even almost unknown, which one arouses your interest?
I’ve loved the late Haydn masses, but also the earlier St. Cecilia mass – which I’ve never done – looks to be an extremely interesting work.
With Mozart I’ve often felt the sacred music, finely crafted though it is, rarely reaches anywhere near the level of inspiration of the great operas.
The truth is that making recordings in the current market is a huge loss-making activity however much critical success the recordings may enjoy.
So to be realistic there is very little chance of recording obscure repertoire. 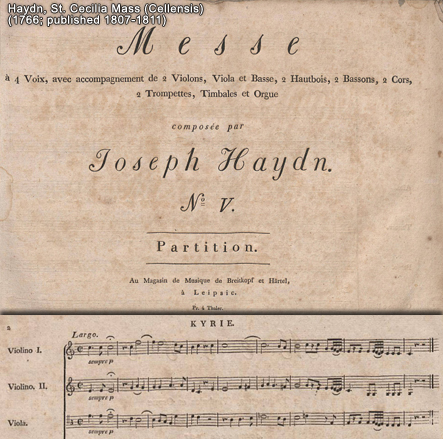 8. Have you read a particular book on Mozart Era you consider important for the comprehension of the music of this period?
The vast Haydn volumes of Robbins Landon still remain a wonderful resource.
One might often argue about the analysis but there is still a wealth of very interesting background information. 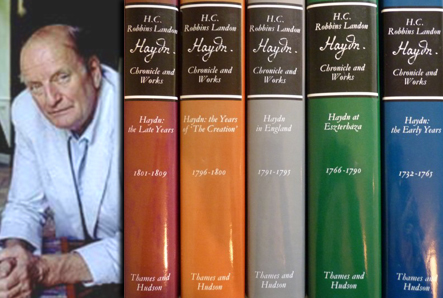 9. For your concerts and your recordings, you have visited many different places with a great history and you have had so the special opportunity to work in such splendid locations. Which places and which occasions left the most enduring impressions on you, as a conductor and as an artist?
Too many to mention…
We’ve been honoured to play Bach in St. Thomas Leipzig, Gabrieli in San Rocco, Monteverdi in San Marco, Mendelssohn in Leipzig, Purcell in Stationer’s Hall.
But for the sheer thrill of rolling back the centuries I will always remember arriving in the timeless little town of Lerma in Castille in 2001 with a van load of new old music for the court there.
It was amazing to recreate the world of Spanish alternatim music in the glorious Collegiate church of San Pedro, with singers, wind band, string band and the church’s two magnificent c17 organs. 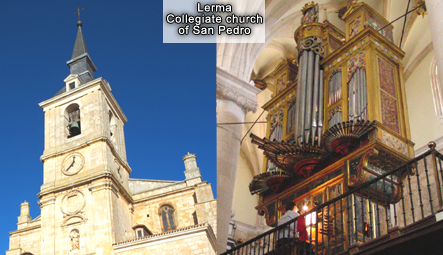 10. Do you think there’s a special place to be visited that proved crucial to the evolution of the 18th century music?
No one particular place although it is always of great interest to wander round historical buildings.
A visit to the great Haydn Eszterháza Palace is a must for any Haydn lover.

Copyright © 2017 MozartCircle. All rights reserved.MozartCircle exclusive property.
Iconography is in public domain or in fair use

Posted by mozartcircle at 9:23 AM

Posted by mozartcircle at 9:06 AM