Haydn is a composer that I have always felt connected to.

I have been drawn to his piano music since childhood and performed his Sonatas and Variations in recital many times over the years. Since I had already recorded piano music of Mozart and Beethoven, I felt that it was the right time to add some of Haydn’s repertory to my discography.

On my recently released CD on SOMM recordings, I feature four Sonatas that demonstrate the myriad of possibilities for the 18th century keyboard and also include his most profound and deeply felt keyboard composition (in my opinion), the F minor Variations.

What pleases me most though about Haydn is his wit, humour and sunny optimism.

There is so much fun in his work and he explores extremities of the keyboard with great variety of dynamics and unexpected harmonic shifts.

2. You have recorded piano works by Mozart, by Beethoven and by Haydn, works which have also long been part of your recital repertoire. In your opinion and according to your experience, what are the real elements of continuity and of innovation in the music and in the pianism developed and used by Haydn, Mozart and Beethoven?

It is always interesting to make comparisons with these great composers and whether this is a distinctly natural progression.

Haydn was a great innovator for his time and without doubt paved the way for Beethoven, his pupil. The extremes of register, dynamic, tempo and unconventional treatment of sonata form were of a huge influence to Beethoven and you can see this with striking vividness in Beethoven’s Sonatas in comparison to Haydn.

Mozart perfected the sonata form that Haydn had mapped out so effectively so that every work published is a compositional gem; I would not want to alter a note of Mozart’s and his wonderful gift for melody inspired the great keyboard melodists of Schubert and later Chopin and Schumann in the Romantic period. 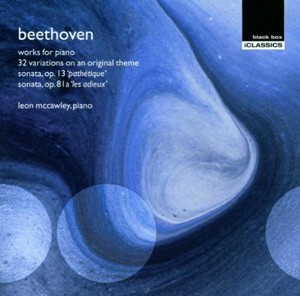 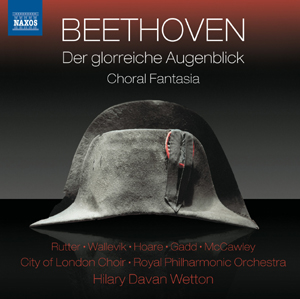 3. In 1993 you won the highly prestigious 1st Prize in the International Beethoven Piano Competition in Vienna. What are your memories and impressions linked to that experience and what did it mean to you and your career, to win such a prize in the very city of Haydn, Mozart and Beethoven?

I have enormously happy memories of my time in Vienna. At nineteen, to win a competition as prestigious as this meant so much to me.

I had not expected to win as I was one of the youngest competitors but was very grateful for such a wonderful experience, performing Beethoven 1st Piano Concerto in the Concerto Final in the beautiful surroundings of the Musikverein.

The competition prize included a Bösendorfer Grand Piano which I still cherish today in my practice studio some 23 years later.

Preparing for the competition really propelled my interest in Beethoven further and the added icing on the cake of taking 1st Prize was a boost to my career as a concert pianist.

4. You have produced a marvellous CD recording of the complete edition of Mozart’s piano sonatas 2005/2006 and in 2011 you have also performed the complete Mozart’s sonatas over one weekend at King’s Place (London) with great audience and critical acclaim. What led you to produce such magnificent Mozartian events in such a challenging context for a pianist and what are your pieces of advice and tips to those pianists who want to approach the repertoire of Haydn and Mozart and want to build a personal repertoire on their works?

The main reason for recording the Complete Mozart Piano Sonatas in 2005/6 was the desire to offer my own personal dedication and celebration of Mozart’s Bi-centenary of his birth.

It was also a timely dedication and admiration for my mentor of over ten years, the Russian pianist and fine Mozartian, Nina Milkina, who passed away in 2006 and had been a great source of inspiration to me, in particular for Mozart; incidentally she shares the same birthday as Mozart, January 27th.

Performing the complete Mozart sonatas five years later in London was tremendous undertaking; I enjoyed the challenge very much but I think will spread the performances over a season or two next time, that is if the opportunity arises again!

My tips to young pianists would be not to be afraid of projecting when performing Haydn and Mozart and try to have more of an operatic approach when dealing with cantabile and melodic line.

Also don’t treat this music with too much fragility; a full-bodied sound that is fully spirited and fully expressive will help to illuminate any interpretation of a classical sonata.

Learn all the repertoire, or as much as you can!

It’s difficult to choose only one of each but here goes: Mozart’s Piano Concerto K466 and Haydn’s F Minor Variations.

6. Vanhal, Hummel, F.X.Duschek, J.L.Duschek, L.Kozeluch, J.G.Albrechtsberger… Do you have in mind the name of some neglected composer of piano music of the 18th century you’d like to see re-evaluated?

Not yet! I don’t find as much inspiration here as the three greats that we have been discussing.

There is so much to explore here that I feel I don’t need to delve any further just yet as I am endlessly fascinated by Haydn, Mozart and Beethoven.

That said, I do like Hummel’s Piano Concertos and will be performing Hummel’s cadenzas when I play Mozart Piano Concerto K491 with Royal Philharmonic in London on March 23rd at Cadogan Hall.

7. Name a neglected piece of piano music of the 18th century you’d like to see performed in concert with more frequency.

I adore Mozart’s Duport Variations and you don’t often hear them in concert.

8. Have you read a particular book on Mozart Era you consider important for the comprehension of the music of this period?

The Letters of Mozart are fascinating… but for full comprehension the best place to visit is the music where the worlds of these marvellous composers open up in your hands.

9. Name a movie or a documentary that can improve the comprehension of the music of this period.

Miloš Forman’s Amadeus in 1984 was a wonderful film adaptation of Peter Shaffer’s play and the use of Mozart’s Requiem in the movie was particularly striking.

But again, I turn to the music and the scores for comprehension first and foremost.

10. Do you think there’s a special place to be visited that proved crucial to the evolution of the 18th century piano music?

Copyright © 2016 MozartCircle. All rights reserved.MozartCircle exclusive property.
Iconography is in public domain or in fair use.

Posted by mozartcircle at 11:55 AM

Posted by mozartcircle at 9:45 AM